Human Rights Group on Thursday condemned authorities in Tanzania for arresting five schoolgirls for being pregnant, saying they should have arrested the men who impregnated them instead. 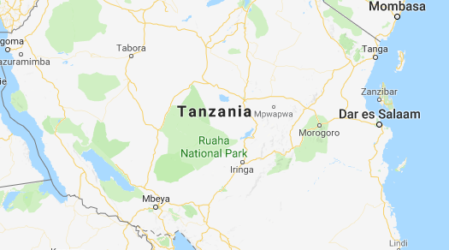 The girls, aged between 16 and 19, were arrested by police in the southeastern town of Tandahimba over the weekend.

They have been released on bail and are currently with their parents.

“Prosecuting girls who are victims of sexual exploitation and violence, whilst allowing adult perpetrators to go free, sends out the wrong message,” said Christa Stewart, a lawyer with the charity Equality Now.

“In a misguided attempt to prove that they take sexual violence seriously, the Tanzanian government is infringing on the human rights of adolescent girls and this is unacceptable.

“Arresting victims is never the solution.”

President John Magufuli caused an outcry among campaigners in June when he voiced support for a ban on pregnant girls and teenage mothers in state schools, which dates back to 1961, describing their behaviour as “immoral”.

The UN said Tanzania has one of the highest adolescent pregnancy rates in the world, with widespread sexual violence and many girls exchanging sex for school fees, food and shelter.

Tandahimba’s district commissioner Sebastian Waryuba in December ordered the arrests of 55 other girls who gave birth over the past two years and their parents.

He said the arrests would deter other students from getting pregnant, and will also serve as a lesson to parents to stop their children engaging in “reckless” sexual relationships.

A district education official said that police were also looking for the men who impregnated the students, and that they would be charged with rape as the most of the girls were minors.

“They will be charged for rape because our law is very clear that sex with someone below the age of 18 is rape,” said Sosthenes Luhende, an education officer in Tandahimba.

Herdsmen: ‘The rapists of our women, killers of our men are walking the streets free’

…Herdsmen attacks sweep through South-West By Dayo Johnson – Regional Editor, South-West, Gbenga Olarinoye – Oshogbo, Ola Ajayi – lbadan, Daud Olatunji – Abeokuta, Rotimi Ojomoyela – Ado-Ekiti THE rapacious activities of herdsmen in the South-West have left tales of woes and many persons, including aged farmers, hacked to death on their farms while their […]

Nigeria imports $5.8bn worth of petrol to tackle fuel crisis

The Nigerian National Petroleum Corporation (NNPC) says it has imported 9.8 million metric tons of Premium Motor Spirit (PMS) worth $5.8 billion to combat the fuel crisis that resurfaced since late last year. fuel-pump This was disclosed by the Group Managing Director of the corporation, Dr. Maikanti Baru, during a public hearing by the Senate […]

The Police in Zamfara have confirmed the abduction of two children of Yahaya Chado, the member representing Maradun/Bakura Federal Constituency. The Police Public Relations Officer, DSP Mohammed Shehu, told newsmen in Gusau on Monday that the children were abducted after the gunmen invaded the lawmaker’s home village at Gora in Maradun Local Government. Police operatives He […]