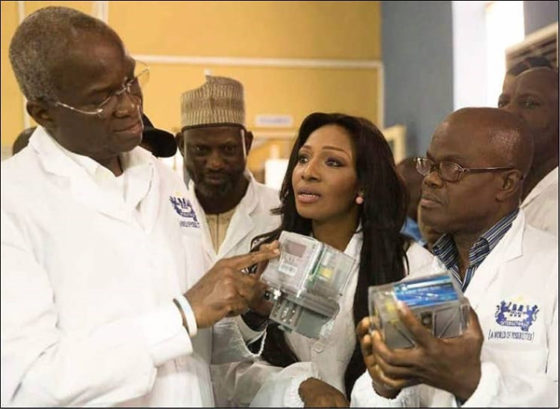 Every result-oriented conversation about Nigeria’s power sector will always include the hot topic of metering. Since the privatization of Nigeria’s electricity sector in 2013 till the enactment of the 2018 Meter Asset Provider Regulations, the Distribution Companies (DisCos) have struggled under the weight of supplying meters as quickly as they are demanded.

This has not only led to high commercial and collection losses as a result of estimated billings but significant stakeholder dissatisfaction and mistrust.

According to reports from the Nigerian Electricity Regulation Commission (NERC), there were reportedly about 8 million electricity customers in Nigeria with the number of metered customers at about 3.7 million by the end of 2018 following a decline in the number of consumers supplied in 2018 – 79,850 – from the 201,756 supplied in 2017. This means that in 2018, there were still about 4.3 million consumers without meters.

In response to these issues, the Nigerian Electricity Regulation Commission (NERC) put in place a strong regulatory framework – the Meter Asset Provider Scheme – to solve this problem as efficiently and fairly as possible. Through a robust and inclusive procurement process, the NERC – working with the DisCos – has been able to partner with private companies called Meter Asset Providers (MAPs) to bridge the metering gap and ensure electricity consumers are serviced in a cost-friendly and timely manner.

This procurement process gave rise to a number of MAPs who received the licence and were assigned to DisCos across the Federation. As one would expect, the appointment of these MAPs came with significant media buzz and promises of superior value delivery.

Significant efforts are being made to increase efficiency in the metering process with MOJEC – one of the MAP companies taking a particularly interesting approach to bridging the metering gap.

Recently, MOJEC embarked on an activation style approach called Mobile MAP with the aim of providing meters to customers in various locations working with the DisCo responsible for those localities. This Mobile MAP approach has brought MOJEC about 100k closer to bridging the metering gap in the last quarter of 2019 with the activation taking place in various locations in Lagos and Abuja. This Mobile MAP is expected to move to other DisCos in 2020 in the effort to quickly bridge this metering gap.

The average cost of a pre-paid meter the consumer is expected to pay is from N36, 991.50 or N67,055.85 for a single or three-phase meter. In light of the generally poor state of the economy and consumers’ already pressured spending power, this one-off cost has proven too high for many consumers to bear. However, many consumers have expressed a willingness to pay for meters if it will eliminate the bigger issue of estimated billing that has proven grossly unfair and inadequate.

In response to this glaring challenge, MOJEC International partnered with several banks including First Bank, Wema Bank, Unity Bank, Keystone Bank, Zenith Bank, Sterling Bank, Polaris Bank and First Option Micro Finance Bank –to provide retail financing to electricity customers to ease their acquisition of prepaid meters. These partnerships were formalized with Memoranda of Understanding in April 2019 and will facilitate the activities of MOJEC to significantly contribute to completely close the metering gap within the next 3 years.

MOJEC International has received recognition from the London Stock Exchange as one of the most inspiring African companies, is a holding for the MOJEC Meter Company. The holding company has operations in Power, Oil and Gas, Renewable Energy, Smart Homes, Mining and the Retail sector, but has distinguished itself as the largest meter manufacturer in Nigeria through its subsidiary, MOJEC Meter Company.

There is no gainsaying that metering effectively represents the foundation for sustainable revenue generation and the commercial viability of the electricity sector. While from the suppliers’ point of view, it is only through effective metering that we can have the assurance of fair billing and payments; this should not come as a burden to the consumer.

The NERC has made significant efforts to ensure that there are full accountability and transparency in the metering process to deliver real value in response to customers’ willingness to pay. Contrary to rumour mills that have churned out whispers of the MAP initiative as a ruse to line the coffers of business owners with strong political ties, the regulatory body demands that MAPs display a high level of competence in statutory, technical, technology and local content requirements of the regulation. However, NERC must also support the huge investment made by MAP Companies to bridge the metering.

It is also important that more MAPs live up to the promises made to consumers & NERC while working assiduously to meet up with metering targets and within agreed timelines.

By Egufe Yafugborhi BUGUMA—THE rich  culture of the Kalabari people of Rivers State was on display, Thursday at the  farewell to late HRH Vincent  Horsfall, Omekwe V, Paramount Ruler of Omekwe Clan, Buguma, Asari-Toru Local Government Area of the state. Traditional rulers from Kalabari  The funeral of the Paramount Ruler and Chairman, Buguma/Kalabari Council of […]